AR and VR: From gaming novelty to enterprise essential 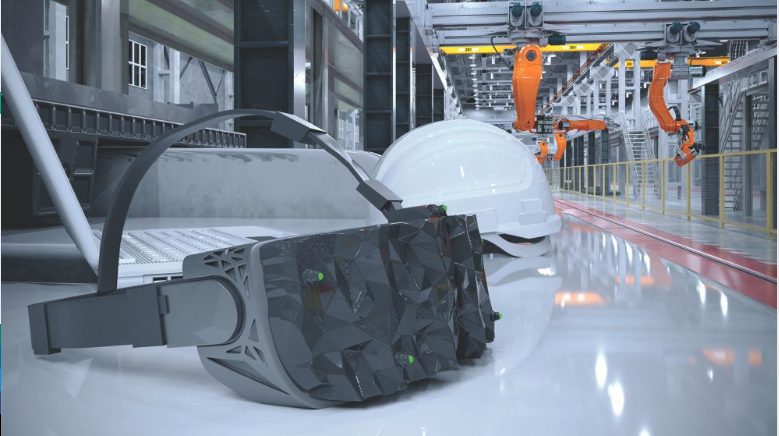 Advances in hardware and software, infrastructure, and other technologies are driving greater use of virtual, augmented, and mixed realities for both work and play, laying the foundation for what experts call the human edge.

Augmented and virtual reality have been around for some time, but only more recently have they begun to push the boundaries of how we work and play. With the ever-evolving capabilities of our smartphones and advances in hardware and software, network infrastructure, and other technologies, AR and VR are at a tipping point, moving beyond gaming and entertainment toward mainstream use. In fact, these developments, along with emerging mixed reality (MR) and extended reality (XR) technologies, could soon change how we interact with each other and the world on a day-to-day basis—essentially creating the "human edge."

Please read: A growing reality: AR at the edge

In this episode of Technology Untangled, host Michael Bird and guests explore the evolution of AR and VR, real-world applications today, and what an augmented future might look like.

According to Matt Armstrong-Barnes, chief technologist at Hewlett Packard Enterprise, two things have been holding back VR adoption: cost and the size of headsets and other equipment. But that's changing.

"The cost of obtaining the equipment required to run a virtual environment is coming down significantly," he says. And while there are limits to how small headsets can get due to the way human eyes have to interact with screens, VR gear is becoming increasingly smaller—and often as devices shrink in size, they become cheaper, he adds.

With the rollout of 5G networks, other barriers—namely latency and lack of bandwidth—are disappearing too, says Leslie Shannon, head of ecosystem and scouting at Nokia.

Please listen to: Why 5G is a big deal

"[5G] connects that minimum processing chip on the end device to servers sitting at the network edge," she explains. "And so what this does is it gives you a better end device in terms of cost and scalability and heat generation and being something light that you might want to wear on your head, while pairing it with far more powerful computing power than is available in the single chips that are in devices today."

Current VR options include headsets like Oculus Quest for mobile use and Microsoft HoloLens for primarily industrial settings, along with larger devices like the Valve Index, which is "the gold standard of VR at the moment," says Alex Haddock, HPE's chief technologist for hybrid IT, retail, and MDI. As for AR and MR, he adds, we've already got powerful devices for those experiences in our pockets: smartphones.

"Google AR is a very exciting thing," says Lauren Dyer, director of strategic partnerships at Dimension Studio. And with social media platforms now offering immersive experiences, "it doesn't feel like a barrier to entry anymore," she adds. "A lot of it now is web powered, and we've really seen that transformation in the last 24 months."

Please read: Could augmented humans and wearables be coming to a cubicle near you?

Of course gaming and entertainment are where virtual and other realities continue to make strides—from mobile AR apps like Pokemon Go to virtual studios that bring together people from around the world for coverage of sporting and other events.

"We're seeing quite a lot of inquiries from broadcasters wanting to create [virtual studios] purely because it enables the fans to be closer to the action," Dyer says. "It also enables the people doing the shows at the time to have a lot more control of the space. And most importantly, it just looks really great. It looks really slick."

In business, marketers are increasingly using VR and other realities to make products come to life—literally. For example, Dyer describes a mixed reality H&M marketing campaign her company created where consumers around the globe could scan a QR code to experience AR character performances featuring the retailer's fashion right on their devices.

"[AR] has been a great way of engaging and creating participation," she says. "And when you add a layer of interactivity to it, it becomes a lot more exciting, and the entertainment value of it is not just being a gimmick but it's allowing that invaluable and memorable moment with the consumer and the brands."

Beyond entertainment and selling products and services, AR, VR, and MR are bringing big improvements to fields like medicine and maintenance and repairs.

"I think the opportunities are boundless," Haddock says. He highlights surgery as an example, whereby general surgeons in remote hospitals who need guidance on a particular procedure can implement mixed reality technologies to tap the expertise of other surgeons thousands of miles away.

In maintenance and repair fields, "you have that capability for someone to go to a site and visualize the blueprints of where things should be in front of their eyes," he says.

Other advances, beyond improvements in hardware and infrastructure, are on the horizon. As Haddock notes, artificial intelligence, neuromorphic computing, and swarm learning will soon take AR, VR, MR, and XR to new levels, essentially creating "the human edge."

Please read: Six predictions for the future of the edge

"[It] boils down to how we get that visual input … whether it's initially lenses that project it or perhaps something that beams onto your eye, or ultimately, something that does it directly into your brain. I mean, who knows? I think it's just going to grow and grow," Haddock says.

"It will be ubiquitous. It won't be something that distracts us," he adds. "We just put it on in the morning, whatever format that might be, or integrate it. And it will be everything from concerts to work."

Listen to other episodes:

Quantum computing: What is it, and why should you care?

The edge: Data wherever you need to be 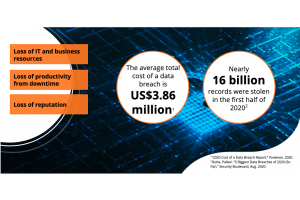 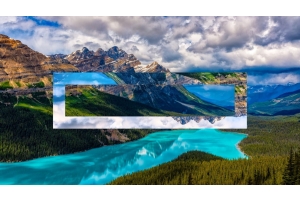 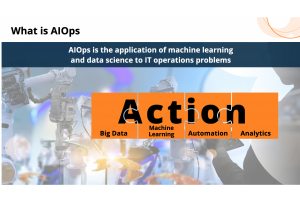 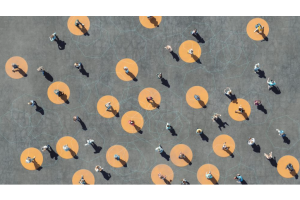 Cloud vs. on-prem? Now you can choose not to choose 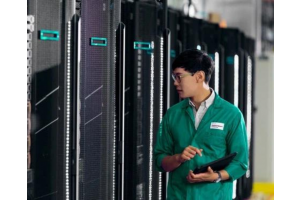